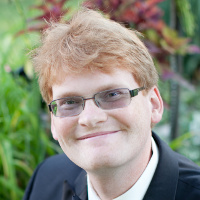 At Science Hack Day Boston 2015 I joined a team led by Dan Burkhardt working on a “bioprinter”: a 2D printer based on the InkShield, designed to print cells directly on Petri dishes. The basic idea is to use an Arduino to control both an ink head and a pair of stepper motors, one for each degree of freedom. In our implementation, the Arduino accepts sequences of G-codes, sent one by one over the serial port. Together with Pascal Timshel, I wrote the Python software that converts PNG images provided by the user into the G-codes and sends them to the Arduino.

By the end of the hackathon, we had a proof-of-concept design and were able to print arbitrary patterns with ink. Since then, Dan (who at the time worked in a biology lab at UMass) has used the device to print actual cells.

To learn more about the bioprinter, check out the host and Arduino software on GitHub and visit Dan’s blog. The original inspiration for this project was this instructable by BioCurious.